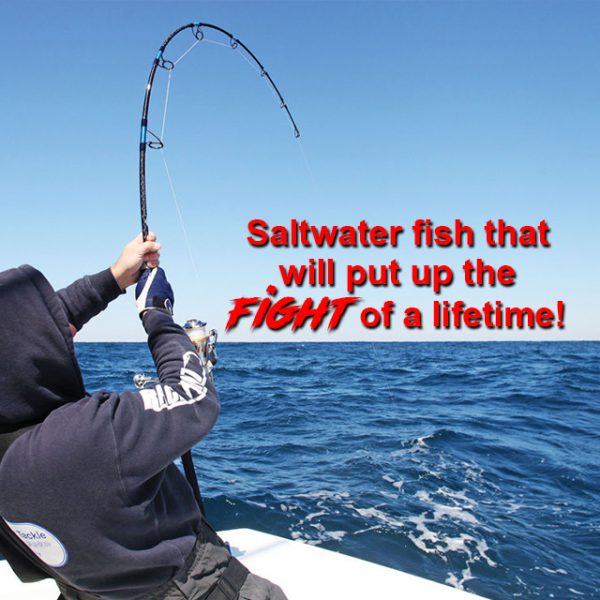 Think you have had some epic fish fights? Well here are 10 saltwater fish that will put up the fight of a lifetime!

We all have different reasons for fishing. Some of us love the feeling of coming home with a boat full of fish to feast on, some of us just like being on the water all day with friends. Whatever your reason, there’s no denying that one of the best things about fishing is the fight. There’s nothing quite like the rush of watching your rod bend in half as your reel screams – and then it happens: a beast of a fish, the kind of fish you’ve dreamt about, launches itself from the water and it’s on.

These saltwater fish provide the ultimate test of man versus nature and, if you’re not at the top of your game, you’ll be left with a broken rod (and broken dreams) before you even know what happened. In no particular order, these 10 fish species will give you the fight of a lifetime!

Also called Dorado and dolphin fish, these ugly beauties put up a great fight. They’re found around the globe and like to hang out around any floating objects you pass by. Mostly known for being tasty, they’re also known for swimming upwards of 80 km/h and throwing themselves into the air, repeatedly, when hooked.

If there’s one thing Wahoo are known for, it’s their speed. These beasts can hit speeds up to 90 km/h and when they hit, they run. It should come as no surprise that the best method for catching these fish is to troll fast. Although gear fishing is the preferred method of catching wahoo, they’ve found a following among fly anglers in recent years. Not only do they provide the kind of fight you’ll never forget, but they’re also considered one of the better tasting fish around.

People have traveled the world for a chance to spend some time with a tarpon on the end of their line. These fish are beautiful to look at, huge, love to jump and, well, they love to jump—they can throw themselves as much as 3 meters out of the water. Perhaps one of the things that makes them most exciting, besides the amazing fight, is that you can sight fish for them in shallow water. These fish have been popular with fly anglers for years and are also a blast on gear.

Like tarpon, these fish always top the angler’s list of saltwater fish worth traveling for. In fact, some people will plan entire vacations around access to these little monsters. As the smallest fish on this list, you might not expect a lot of battle out of these fish (they reach about 10kg), but they turn into little silver rockets when hooked and are every bit as fun as we want them to be. Sight fishing in shallow waters is the best way to get bonefish, and they can be caught on a fly rod just as easily as they can be caught on gear.

If you’ve ever seen someone fight a tuna, you’d know why these fish are on this list. Yellowfin and its bigger cousin the bluefin are considered some of the top game fish in the world. When hooked, tuna plunge into the depths leaving your reel screaming as they dive. Expect fights to last at least a half hour, with some tussles lasting in the 4-7 hour range. Tuna are also extremely good eating, making them a well-rounded trophy fish.

Fast, furious, and smart, marlin are what fisherman’s dreams are made of. They can be hard to catch, but the moment that fish strikes you’re in for the experience of a lifetime. There’s nothing quite like seeing a 400kg fish sail through the air. You need to be at the top of your game to land one of these bad boys, but if you do, you’ve earned some serious bragging rights. As an added bonus, they taste great.

Like the marlin, these fish are worthy foes. They’re large, feisty, and love to jump, making them a great saltwater fish to target. Not only that, but they’re fast. Clocking in at speeds up to 105km/h, your reel won’t just scream, it’ll beg for mercy when these fish run. They’re slightly smaller than the marlin, but just as satisfying a fight.

Giant Trevally, the largest member of the jack family, can hit up to 90kg and like you’d expect from a fish this big, it puts up one heck of a fight. These fish are machines and once they dive—and they will—expect them to stop at nothing to get away from you. Even at 20kg these fish can be a workout, so you can just imagine what the big boys must be like. Be sure your tackle is in tip top shape or these fish will break you off without thinking twice.

Roosterfish, known for their long, ostentatious fins, are also members of the jack family and fight every bit as good as their cousins. These fish are powerful, fast, and known for spending time in the air. One of the best things about roosterfish is that they’re often found close enough to be fished from shore, making them a favorite of shore anglers. These fish can reach weights of over 50kg and make for a great picture.

Great Amberjacks hit hard and go deep. They love wrecks and reefs and when they’re in trouble, that’s where they head. Amberjacks have great endurance and stamina and fights can last upwards of an hour, especially for those new to the fish. Be prepared to stand your ground and don’t give them any slack to run, or they’ll take all of it.

What else should’ve made the list? What’s the toughest fish you’ve ever had on your line? Leave comments and share your stories in the comments section below.

Now that you’ve got your bucket list, it’s time to start checking it off call Must Byt Fishing today for the ultimate experience in big game and bottom deep sea fishing. We also host corporate charters, accommodation and fun boat rides. The South Coast waters offer some of the richest fishing grounds with an abundance of game fish. So for more information please contact us info@mustbytfishingcharters.co.za | 082 777 7324 | 079 576 5254 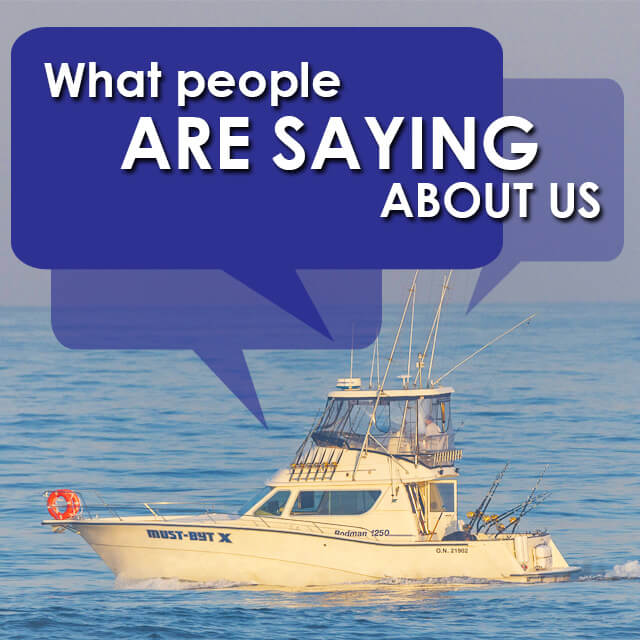 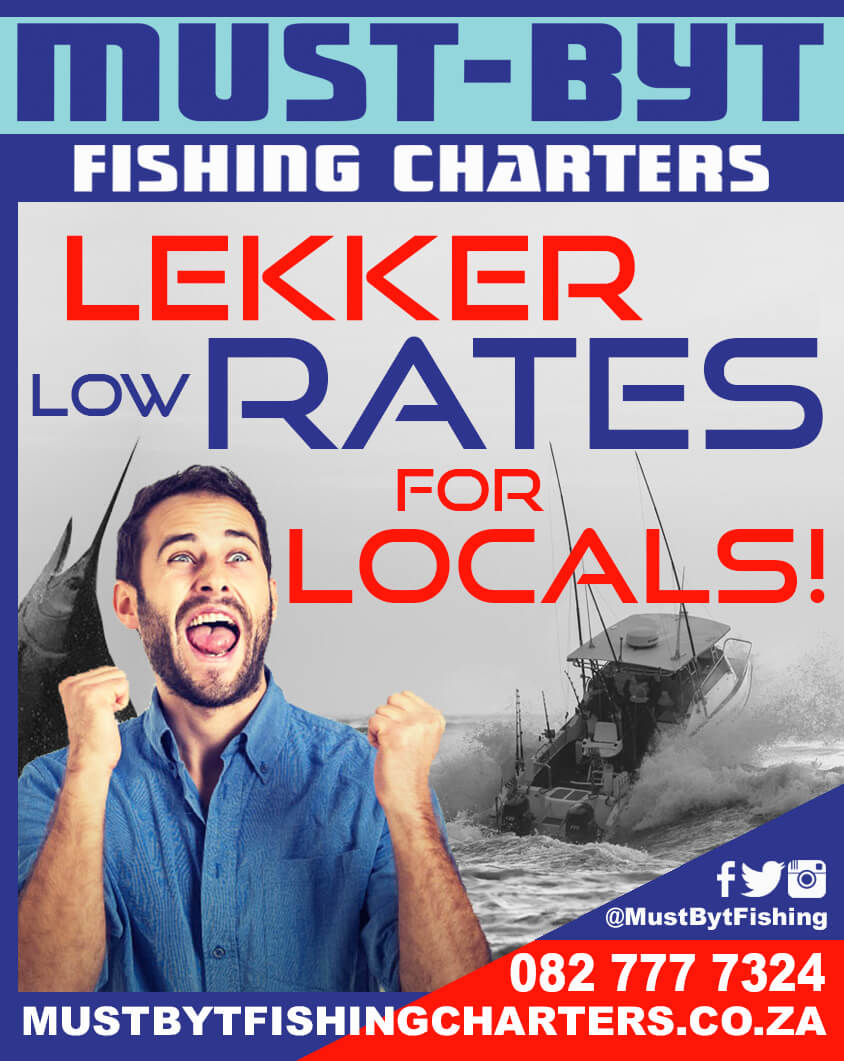 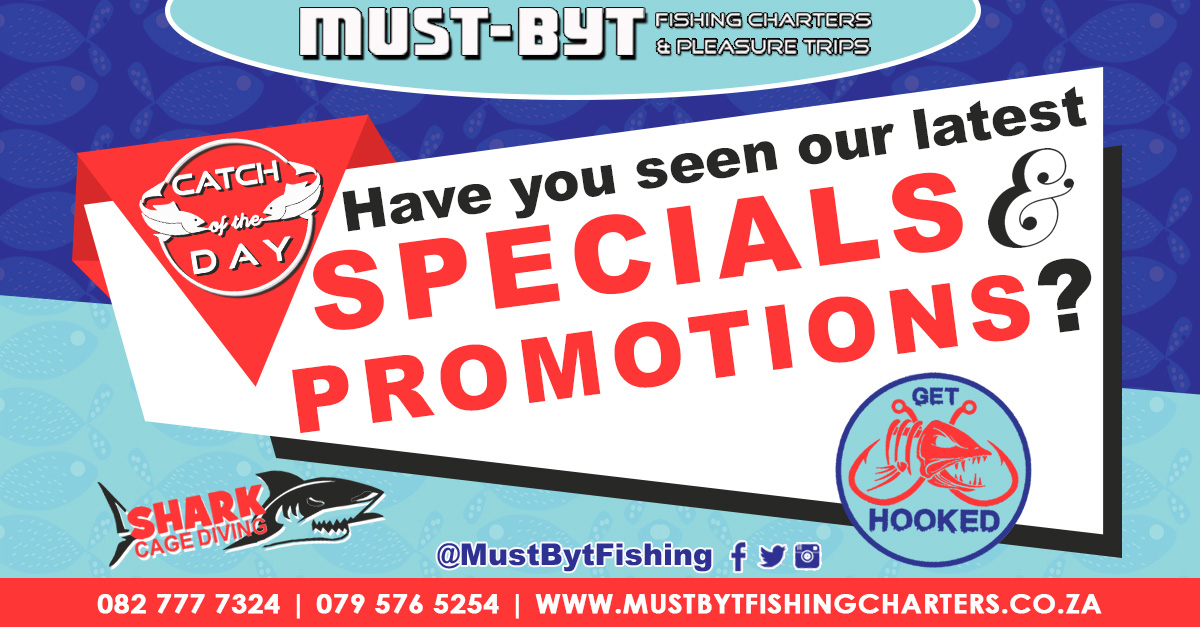 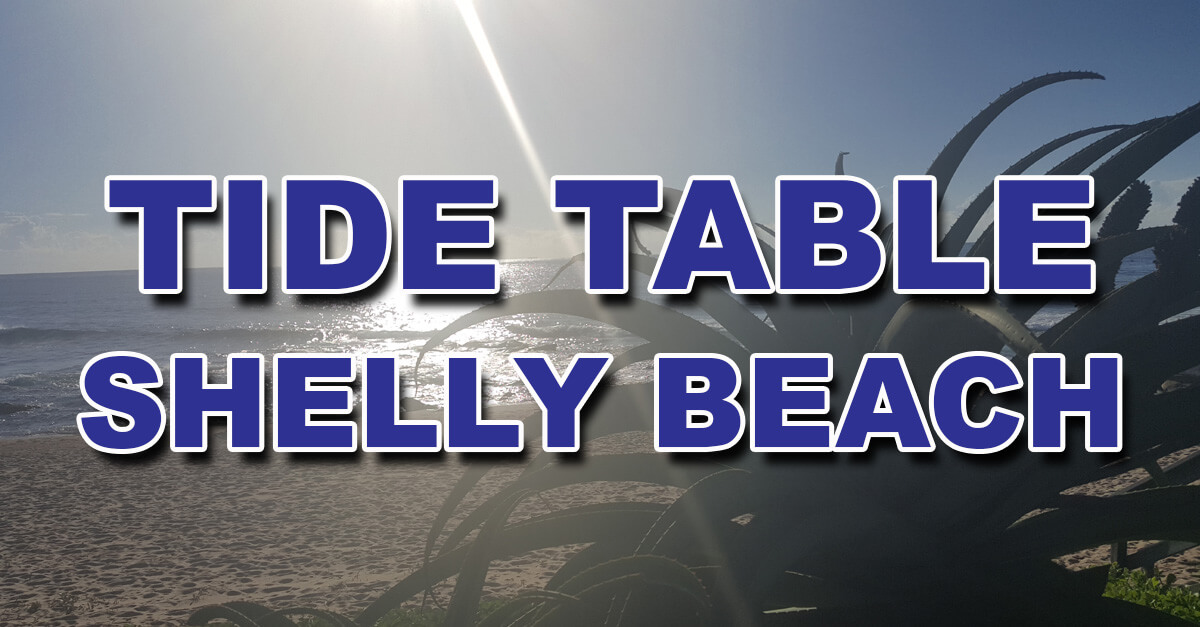 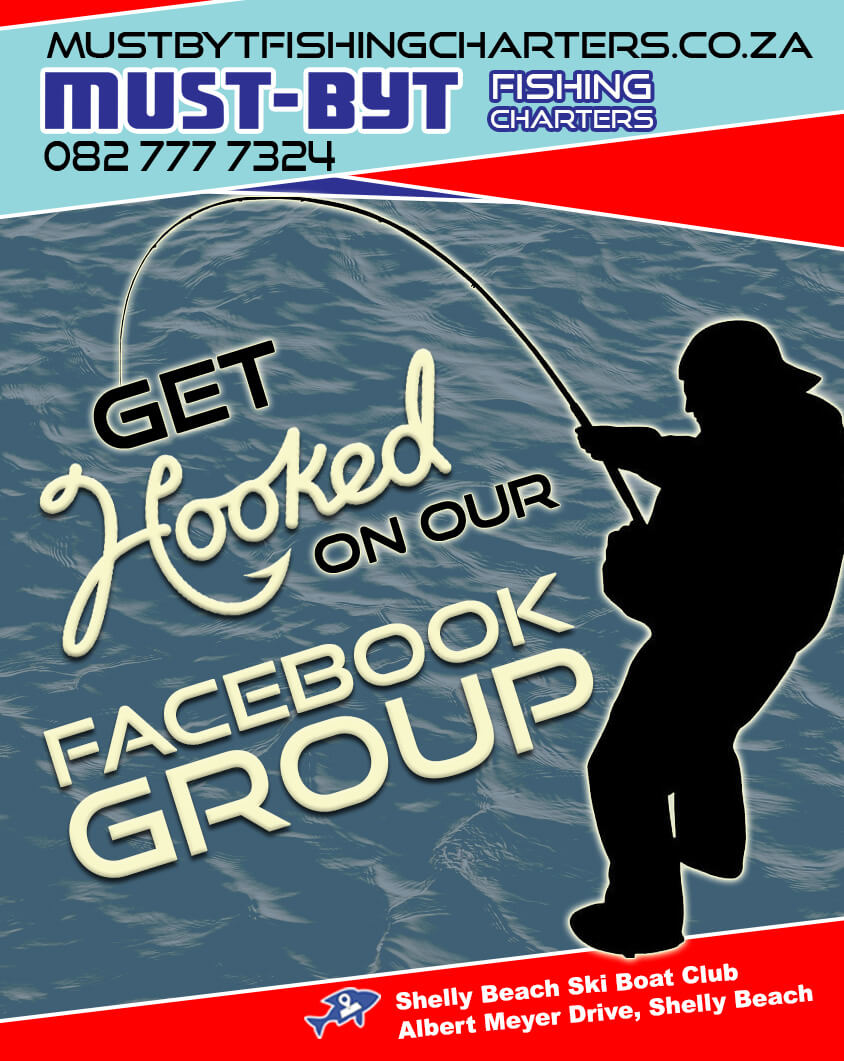